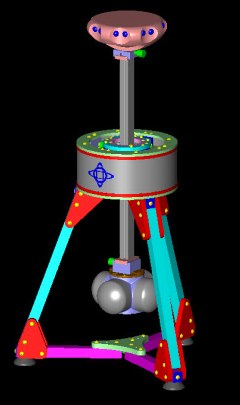 Gyromounts.com 360 VR Gimbal Mounts use Kenyon Laboratories X-Series Gyros to provide a
"portable" gyro-stabilized camera mounting system that can be used to isolate the camera from
vibration, shock, and movement in rocking and moving vehicle applications.


A 3-axis gimbal is used to balance the camera and gyro-stabilize the pitch, roll, and yaw axis while a
3-rd axis suspension system allows the gyro and camera to rotate in the yaw axis
for increased pan rates required by moving vehicle applications.


A sturdy base frame is included that disassembles for easy transport and storage.


It can be used as a digital camera horizontal mount but due to its shape
is especially well suited to stabilize 360 cameras in VR applications. 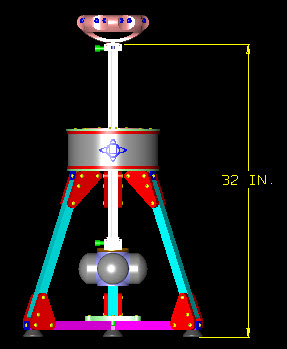 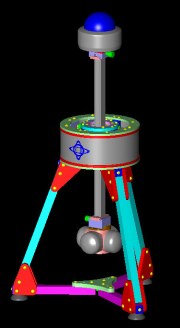